DUBAI; Sri Lanka are poised for an unlikely Asia Cup victory over favourites Pakistan in Sunday’s final after a giant-slaying streak through the tournament despite troubles at home.

The island nation had to abandon plans to host the Twenty20 competition due to political unrest and stumbled in their opener to Afghanistan by eight wickets, with nearly 10 overs remaining.

Friday’s closing Super Four match was a dress rehearsal for the Dubai final — and Sri Lanka’s fourth straight victory, albeit with Pakistan missing two of their key players.

On Sunday they will depend on the spin pairing of Wanindu Hasaranga and Maheesh Theekshana, who helped bowl out Pakistan for 121 on Friday in a comfortable five-wicket win.

Opener Pathum Nissanka led the batting charge with an unbeaten 55 in a clinical show, but skipper Dasun Shanaka warned his team of complacency.

“The confidence we have is massive after four consecutive wins, but we still don’t take Pakistan lightly in the final,” Shanaka told reporters.

“We know they are a very good side and enough good players in their side to come back strong and we should be ready for that.”

Sri Lanka fared well in their recent home series of two Tests against Pakistan, played in Galle against the backdrop of a punishing economic crisis and political unrest.

Shanaka said his side had been bombarded with “messages of love and support” and its Asia Cup success had brought cheer back home after miserable months of blackouts, fuel shortages and protests.

“So nice that we are winning and giving back something to them,” he said.

Pakistan are weathering their own troubles at home with monsoon floods that have inundated a third of the country.

But the team have shone through the tournament, a curtain-raiser for next month’s T20 World Cup in Australia, avenging an opening game loss to India and clinching a last-over thriller against Afghanistan.

Fast bowler Naseem Shah and all-rounder Shadab Khan both missed Friday’s showdown but will lengthen Sri Lanka’s odds when they return for the final.

Naseem, 19, has kept the edge on Pakistan’s bowling attack in the absence of pace spearhead Shaheen Shah Afridi, who missed the tournament due to injury.

He also hit two sixes in a dramatic one-wicket win over Afghanistan to seal India’s exit.

Batting remains a cause for concern, with skipper Babar Azam managing a tournament best of just 30. Mohammad Rizwan is the only consistent performer with 226 runs in five matches.

But coach Saqlain Mushtaq said he had complete faith in his side to deliver despite Azam’s “unlucky” run.

“The latest match we won against India, we chased and batted well,” he said.

“Things are moving in the right direction and we are confident.”

Pakistan’s latest loss to Sri Lanka might have stalled their momentum, but Saqlain said the team will heed the lessons of Friday’s match-up.

“I will talk about mistakes in the dressing room, but Sri Lanka will take confidence into the final and Pakistan some learnings and passion,” Saqlain said. 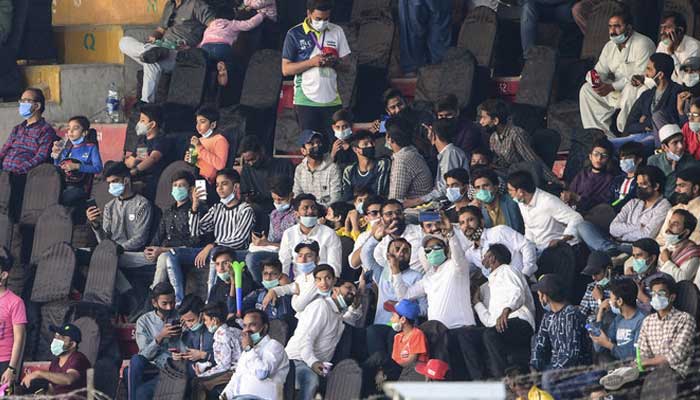