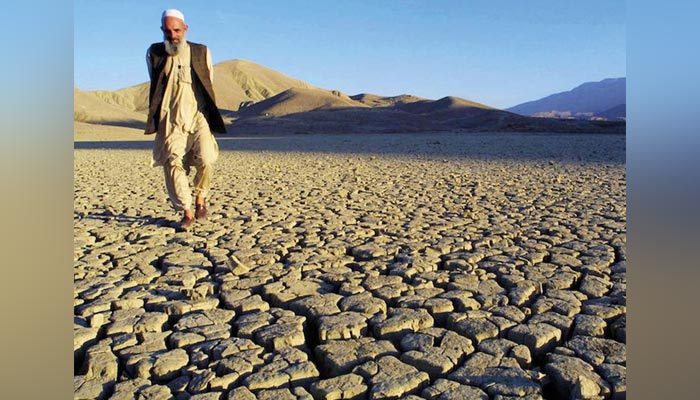 Emphasising the need to provide immediate funding to the developing countries, the report also stated that an additional four million square kilometres will need to be rehabilitated by 2050.

United Nations Global Land Outlook says that Desertification Control through Sustainable Land Management Productive land is scarce in Pakistan — with 80% of the country being arid or semi-arid.

The land degradation and desertification are caused by unsustainable land management practices, coupled with increased demand for natural resources, and driven by a rapidly growing and largely rural population dependent on dry lands for their livelihoods.

To address these problems, in 2007, the Pakistani government began implementing a Sustainable Land Management Project across nine dry land districts. Over eight years, 120 square kilometres of degraded rangeland were rehabilitated through reseeding and community-based grazing management, and a further 80 square kilometres under sustainable rainfed agriculture and water conservation measures.

This success of the program inspired the Billion Trees Afforestation Project in Pakistan’s mountainous Khyber Pakhtunkhwa, which saw 3,500 square kilometres of forests and degraded land restored in just two years.

In 2018, the popularity of this initiative gave impetus to the world’s largest reforestation initiative — the Ten Billion Tree Tsunami Programme — as part of a suite of nature-based solutions to fight desertification and climate change in Pakistan.

In the province of Balochistan, Pakistan, indigenous management techniques, known as the karez system, utilise tunnels that follow a natural gradient to deliver groundwater without employing mechanical energy.