According to the Met department, the westerly winds are expected to enter the western parts of the country from April 17.

The met department has predicted strong winds and thundershowers in different parts of Khyber Pakhtunkhwa and Balochistan. Meanwhile, chances of rain with thunderstorms are also expected in some areas of Punjab and Gilgit-Baltistan.

The temperature is likely to drop by 3˚C to 5˚C after the expected rains, said the PMD, adding that there is also a risk of landslide in Gilgit-Baltistan from April 19 to 21. LAHORE: Following controversy on Imran Khan’s comments in court, the management of Shaukat Khanum Memorial Trust (SKMT) clarified that they invested $3 million in an endowment fund in a real estate project in Oman so they can be used to provide quality cancer care, The News reported on Monday .

The clarification came in response to news items regarding the usage of SKMT funds in real estate by its founder Imran Khan. The SKMT said that its funds have never been misused or “diverted”, by its chairman, Imran Khan, or any other individual

An SKMT spokesperson said that all its funds, including those invested in its endowment fund, are used only to support its mission of providing world-class care to cancer patients.

“As is common for many charity organisations, SKMT created an endowment fund to provide financial security and to cater for expenses in the long term. This endowment fund is supervised by an investment committee, with all investments made by the fund upon the recommendations of this committee. The chairman does not, and has never, made investment decisions in isolation,” the spokesperson said.

He added, “It is crucial to point out that only non-Zakat funds are invested in this manner, with all Zakat collected being utilised on direct patient care within the year in which it is collected.”

He added the trust has already shared details of this investment, and recovery of its funds with the public numerous times. Although the investment did not generate a profit in dollar terms, it certainly did in rupees, since the difference in exchange rate referred to in the article in question worked in favour of SKMT, he added.

The spokesperson added: “As with all other financial transactions, all investments made by SKMT and its Endowment Fund are duly audited and reported, with financial reports being made publicly available through the Shaukat Khanum website. Both the initial investment, and its subsequent return were reflected in the organisation’s financial reports, and continue to be publicly available.”

Complete data of all contributions are held and audited by autonomous third parties to guarantee compliance with all relevant laws, not only within Pakistan, but in all jurisdictions where funds are collected on behalf of the SKMT, or to support it.

The spokesperson said that over 30 years, the trust treated more than 45,000 to 50,000 cancer patients every year at SKMT hospitals in Lahore and Peshawar, most of whom would have been unable to access highly specialised cancer treatment elsewhere. It is strictly because of its strong clinical, administrative and governance systems that the SKMT became only the second institution in the world to gain Enterprise Accreditation from the US-based Joint Commission International in September 2022.

The spokesperson added that allegations aiming to sow doubt in their donor’s minds are equivalent to playing with patients’ lives.

The official added that the cost of providing cancer care is continuously on the rise, and despite brittle financial conditions, the management of SKMT is committed not only to providing state-of-the-art cancer treatment to all its patients but also to defending an excellent reputation for financial transparency.

The News reported on Sunday that the PTI Chairman Imran Khan admitted that he invested funds worth $3 million donated to the Shaukat Khanum Memorial Trust (SKMT) in a housing project.

The revelation was made during a hearing of an Rs10 billion defamation case filed against Defence Minister Khawaja Asif on Saturday. The former prime minister appeared in the court from his Lahore residence in Zaman Park via video link. 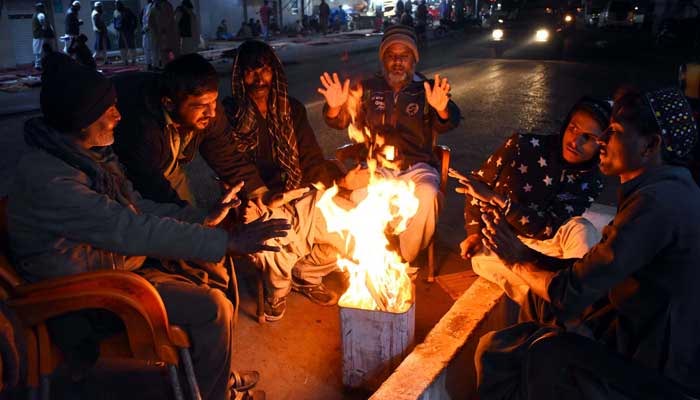 Karachiites will have to bundle themselves up as the weather will be dry and cold at night in the next 24 hours, the weather department said Friday.

According to the forecast by the Pakistan Meteorological Department (PMD), the mercury in the port city is expected to hover around 10 to 12 degrees Celsius in the next 24 hours.

The Met department said that the cool winds are blowing from the northeast at a speed of seven to 10 kilometres per hour. The level of humidity in the city is 48%.

During the last 24 hours, the lowest temperature in Karachi was recorded at 14°C.

Meanwhile, in Balochistan, the intensity of the cold has increased due to snowfall in different areas. Consequently, a travel emergency has been imposed on Khojak Pass.

A day earlier, the weather department predicted rain with snowfall in the upper parts of the country during the coming days.

“Met Office informed that a westerly wave affecting North Balochistan, is likely to grip upper parts on January 20 (night) and may persist till January 25 with occasional gaps,” the statement read.

What are the possible impacts?

Due to the heavy snowfall, there may be a closure of roads in Murree, Galiyat, Naran, Kaghan, Dir, Swat, Kohistan, Mansehra, Abbottabad, Shangla, Astore, Hunza, Skardu, Neelum valley, Bagh, Poonch and Haveli during the forecast period.

“Landslides in Upper Khyber Pakhtunkhwa, Kashmir and Gilgit Baltistan may also occur during the forecast period,” it said.

The office said that the tourists are advised to remain extra cautious during the spell, adding that temperatures are likely to fall significantly after the spell.